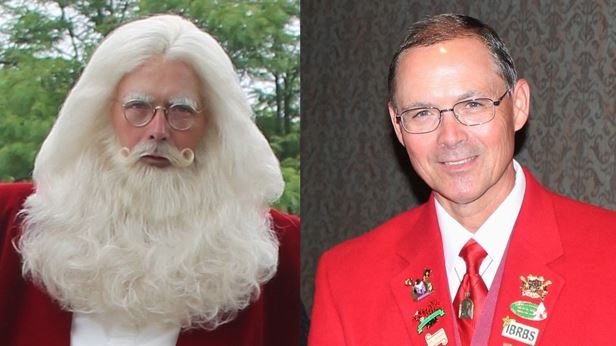 If ever there was a man born to be Santa Claus it is Phillip L. Wenz. As a four-year-old child, he donned his first Santa outfit. By the time he was fourteen he was in his first parade and at the ripe old age of twenty-three, he became the year-round Santa Claus for the iconic Santa's Village theme park in Dundee, Illinois. It is an association he has now had for more than 30 years. He is the longest tenured Santa in the park's 60-year history and as one of the very few full time professional Santa Clauses, he appears in costume at the park and at special events over 200-plus days a year.

Wenz has appeared in over 40 Christmas Parades including the nationally televised parades in Chicago, Illinois and Houston, Texas. He has been Santa on numerous TV shows, billboards, commercials, and magazine covers, along with appearing at some of the nation's largest corporate and civic holiday events, including emceeing the Christmas Tree Lighting ceremonies in both Chicago and Houston. As Santa he has been given the title of "Chicago's Very Own" by WGN-TV, awarded the 1994 Brass Ring Award for Best Theme Park Commercial by the International Association of Amusement Parks and Attractions (IAAPA), and received the "Hats Off 2 Houston" award from KPRC-TV in Houston. In 2012 he was presented the "Spirit of St. Nicholas" award in Detroit, Michigan.

His resume also includes work in Santa Claus, Indiana at the historic Candy Castle, consulting on Christmas programs, and being a published author. He is considered a leading authority and historian on the Santa Claus legend, history, and folklore. Wenz is, bar none, one of the most experienced Santas in the world and is the creator of the Santa Claus Oath, which is widely accepted by nearly every Santa portrayer across the globe.

As the author of the Oath and a premiere collector of Santa Claus artifacts and memorabilia, Wenz has

been asked to confer and consult on numerous projects in the television, film, literature, and media industries. In 2009, he developed the Santa Claus Oath Foundation to make his research materials and collections available to more people, companies, and civic organizations, including the Santa Claus community itself. The Foundation is an establishment specializing in the preservation and perpetuation of the Santa Claus Oath, the Santas of the past, Santa history, and Santa artifacts as a chronological part of the Legend of Santa Claus to educate the current and future generations of those who are or will be a Santa Claus in the tradition of St. Nicholas the gift giver of Myra.

Wenz is also the owner of Santa Claus Productions. Established in 1989, Santa Claus Productions is the parent company to many of Wenz's business to business relationships. Clients include the City of Chicago, Santa's Village, Houston Downtown District, Brach's Candy, St. Nicholas Development, Santa & Co., LLC, The Weber Group, "Nicholas of Myra"-Movie, "They Wore The Red Suit"-TV Documentary, ClausNet, Santa America, numerous chambers of commerce and business associations. Part of the company's broad base is in the tourism and special events field with its public relations skills and working knowledge of the unique Santa Claus and Christmas industries.

In December 2010, Wenz was bestowed with the highest honor a Santa Claus can receive; enshrinement as a charter member into the Santa Claus Hall of Fame in Santa Claus, Indiana. Of the original 14 honorees, including the first department store Santa and several men born in the 19th century, Wenz is the first living Santa to be inducted. He was also recognized by his peers from the Santa Claus Community in March of 2013 by receiving the first ever Legendary Santa Claus Award.