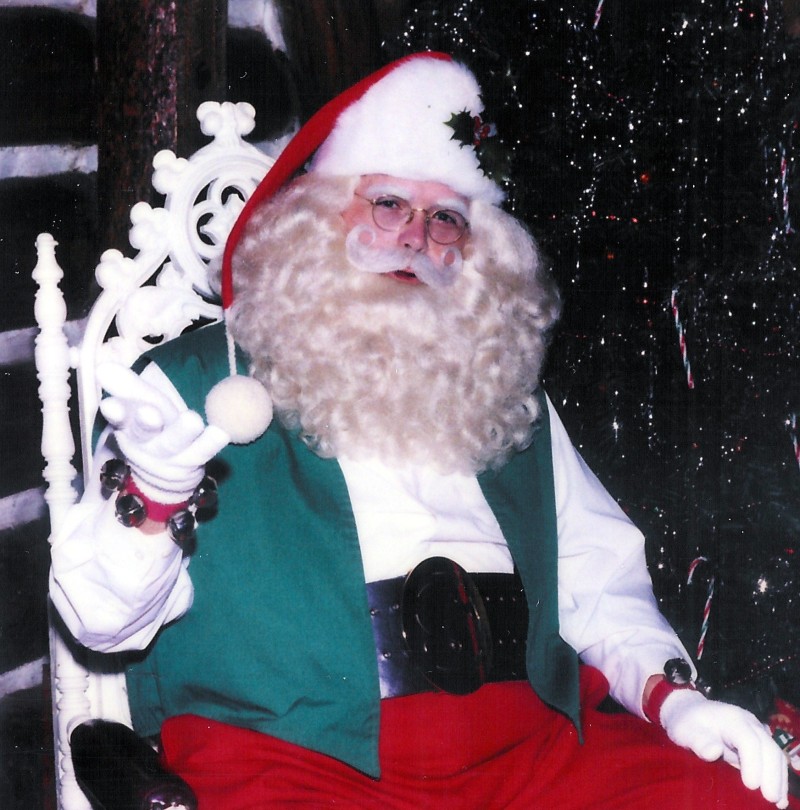 Associated with Santa,s Village theme park in Dundee, IL for over 30 years, Phillip L. Wenz has become one of the very few year round professional Santa Clauses in the world, appearing at the park and at special events over 200-plus days a year.  With Santa's Village, Phillip appears in commercials, on billboards, in brochures, on television and radio.  Just as his predecessors, being the Santa from Santa's Village is a full time job.

Most of Santa's time is spent in Santa's House.  For over 50 years Santa's House has been home to jolly old St. Nick!  This storybook cottage has been host to hundreds of thousands of children that spend that magical moment with Santa Claus.  Filled with antiques, set near the center of the park, the house is a nostalgic example of old-time Christmas spirit and hospitality.

When venturing up to Santa's House, one can see and touch the frozen North Pole right outside the front door. The "Pole" stays icy even on the hottest summer days. At the front door a giant key unlocks the secrets of the home to visitors. Inside you can see Santa's sleigh loaded with Christmas goodies, a beautiful tree that stays up all year long and the huge cobblestone fireplace that warms the home on those "cold winter nights". Children can sit at Santa's desk and sign his Good Book. Twinkle lights, decorations, and wrapped packages adorn the rafters.

Imagine the look on a child's face when he or she comes into this house of real make-believe! Santa talks and visits with everyone just as he has since the Village opened in 1959. Santa's House is the home of all that makes childhood fantasy a magical memory for children of all ages. 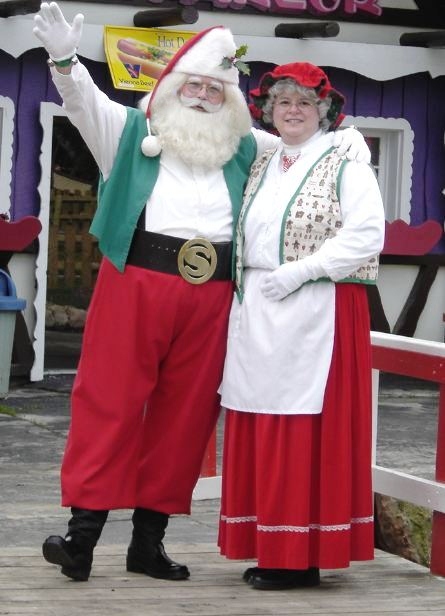 Besides being the park's Santa Claus, Wenz is Santa's Village's official historian. He also works with the community relations and advertising aspects of the park with the Santa role as a spokesperson. In 1994 he won the IAAPA Brass Ring Award given by the International Association of Amusement Parks and Attractions for creating the best theme park commercial; "Kids Just Wanna Have Fun!"

Part of the new entertainment that is part of the historic re-opening of the Santa's Village property in East Dundee, Illinois is the Paintball Explosion and the Azoosment Park. Both of these ventures are part of the redevelopment currently going on at the park. The Polar Dome is also ready to host events!

The Azoosment Park is a new concept created by A Zoo to You. It is a combination petting zoo/amusement park which offers amazing animal experiences and kiddie rides for children under 12.

The Polar Dome is a historic 35,000 square-foot, timber-framed arena originally opened in 1963. The Dome features a regulation-sized rink with state-of-the-art skating surface, stadium seating for more than 700, renovated locker rooms, and restrooms. It also has a bar/restaurant area with fireplaces, pool tables, and seating for up to 50 people.