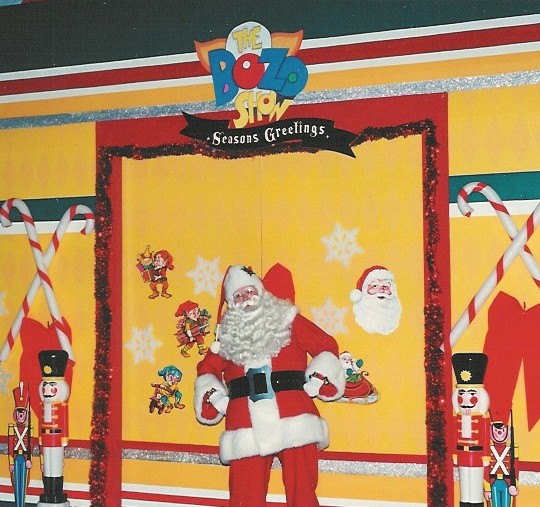 From news stories on his career to being the spokesperson for an event or just being Santa, Phillip L. Wenz has made numerous television appearances. Wenz has appeared on Chicago, IL area programs like Good Day Chicago on WFLD-TV (FOX 32), Chicagoing with Bill Campbell on WLS-TV (ABC 7), The Bozo Show on Super Station WGN-TV, and Christmas in Chicago on Chicagoland TV.  His career has been featured on prime news broadcast such as "Chicago's Very Own" on WGN-TV's Nine o'clock News and on ABC 7's News at 11 AM. As Santa, Wenz has made appearances on nearly every Chicago television magazine program and metropolitan news broadcasts. He also has appeared as a spokesperson on numerous programs for Santa's Village, Brach's Candy, and Chicago's Office of Special Events.

Chicago is not the only television market that has seen Wenz as Santa. He has been a guest host on "Fox Kids Club" on WQRF-TV (FOX 39) in Rockford, IL , an annual Christmas Eve visitor to The Morning Show and C-I Living TV both with WCIA-TV (CBS 3) in Champaign, IL, and promoting the "Santa Claus Christmas Festival" in Santa Claus, Indiana  for WFIE-TV (NBC 14) Evansville, Indiana.  In Houston, TX, Wenz has been featured on "Hats off to Houston" on KPRC-TV (NBC 2) and Houston's Holly Trolley Festival for Silver King Broadcasting.  As Santa he acted as spokesperson for Houston's Bank United Thanksgiving Day Parade, appearing at each major television station in the city to officially invite the citizens of  Houston to the parade.

Television is not the only electronic media that Santa has appeared on.  Chicago radio programs like WGN's "Bob Collins Show", "The Spike O'Dell Show", "The Nick Digilio Show", WLS Talk Radio "Don Wade and Roma", and WBBM News Radio have had Wenz as a guest. Houston's KKBQ Radio's "Davy Crocket and Pam Ivy's Country Today" have had him on their Christmas program.  Even Wenz's 2010 Santa Claus Hall of Fame induction was featured on "Happenings Magazine" on WLIP-AM Kenosha, WI. Even smaller stations such as WCFF in Champaign, IL, WGFA Radio in Watseka, IL, and WGCY Radio in Gibson City, IL have had Santa as a feature.

With Santa's voice, Phillip L. Wenz has done many radio commercial spots and voice-overs during his career. His voice-over commercial credits include Santa's Village, Brach's Candy, 900 North, Bank United, Brunswick Recreation Centers, and K-Mart. Wenz has also voiced the character of Kris Kringle on WLIT-FM Chicago for their Christmas Eve radio performance of "Miracle on 34th Street" and the voice of Santa Claus for BBC Radio in London, England for a history on the community of Santa Claus, Indiana.

With the new medium of internet Podcasts, Wenz has been heard on many worldwide broadcasts. These shows include "Conversations with Mrs. Claus" from Melbourne, Australia and the Merry Christmas Network from Sandy, Utah. He also is a contributor to many of the on-line streaming Christmas radio broadcasts.